Async-profiler 2.9 was released. The brand-new feature is live mode, which can help you detect heap memory leaks.

Let’s start with the definition:

Heap memory leak happens when in your application you have Java objects that are no longer needed for program execution, but cannot be freed by garbage collector.

Why is it so hard?

If you have a heap memory leak in your application then you have two groups of objects:

Garbage collectors cannot free the second group if there is at least one strong reference from live set to memory leak. The biggest problems with diagnosis memory leaks are:

Since there is no tool that would tell us why something is not happening we need to use our brain to find the root cause of the problem. We can use two additional tools that can help us:

There were already profilers on a market that had a great feature of detecting where not freed objects were created. Unfortunately they used instrumentation and the overhead was so big that they couldn’t be used in production. To make use of them we needed memory leaks recreated on test or local environments.

async-profiler does not use intrusive techniques like bytecode instrumentation or expensive DTrace probes which have significant performance impact. It also does not affect Escape Analysis or prevent from JIT optimizations like allocation elimination. Only actual heap allocations are measured.

The profiler features TLAB-driven sampling. It relies on HotSpot-specific callbacks to receive two kinds of notifications:

This means not each allocation is counted, but only allocations every N kB, where N is the average size of TLAB. This makes heap sampling very cheap and suitable for production. On the other hand, the collected data may be incomplete, though in practice it will often reflect the top allocation sources.

I used that feature on many production systems before. The live option adds a filter to present only objects that haven’t been removed by GC.

Let’s create a simple Spring Boot application with memory leak, that is hard to find by just a heap dump:

If we look at a heap dump after execution http://localhost:8080/hard 10k times we would see: 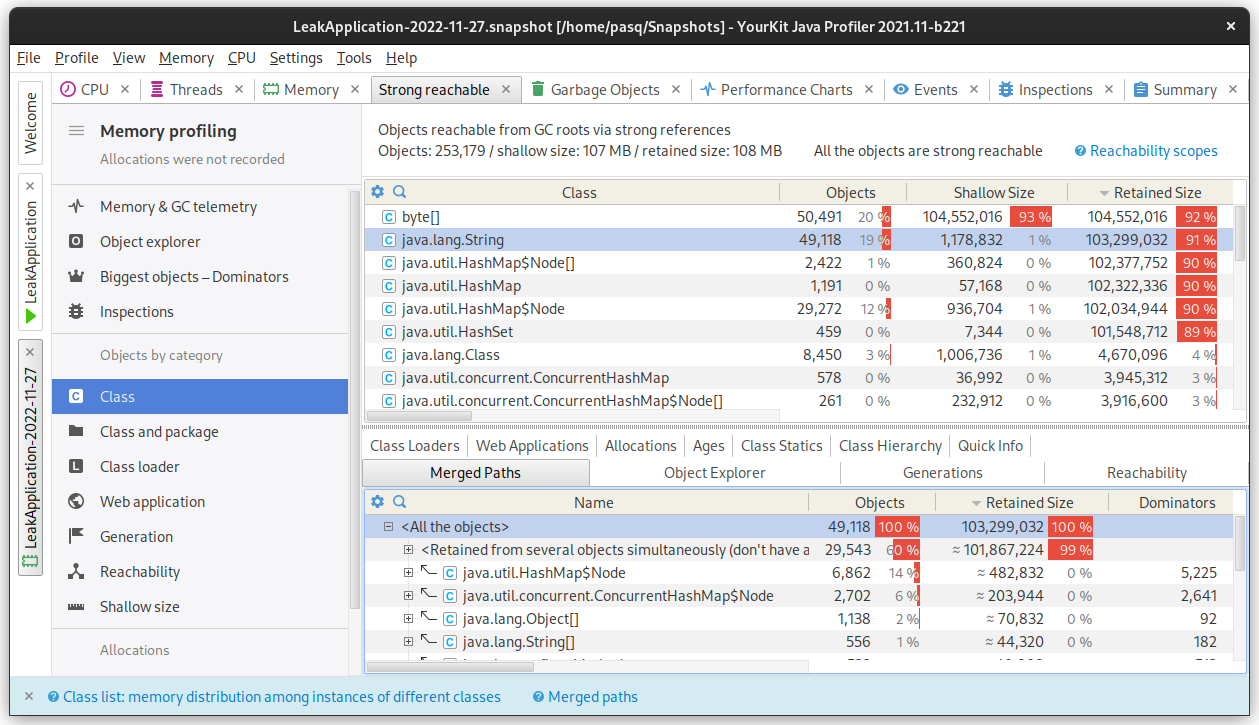 In that dump we can see the leaking Strings, but we cannot detect where they are held, since there is no dominator. There are simply two HashSets that hold a strong reference to those leaked objects, so there is no one guilty class. In such situations the allocation profiler is much more useful.

First let’s try simple allocation mode to see if the live option really does any change. 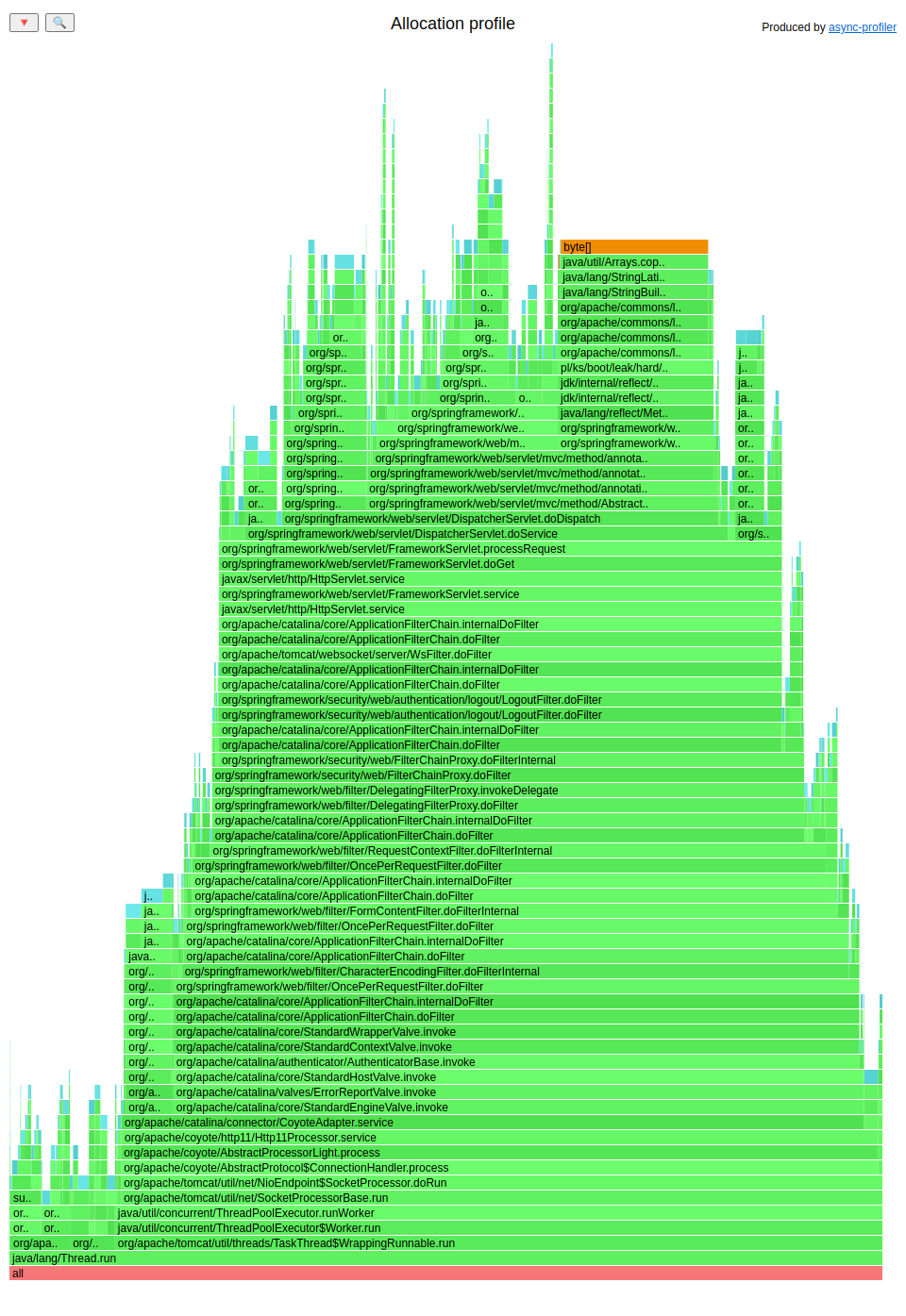 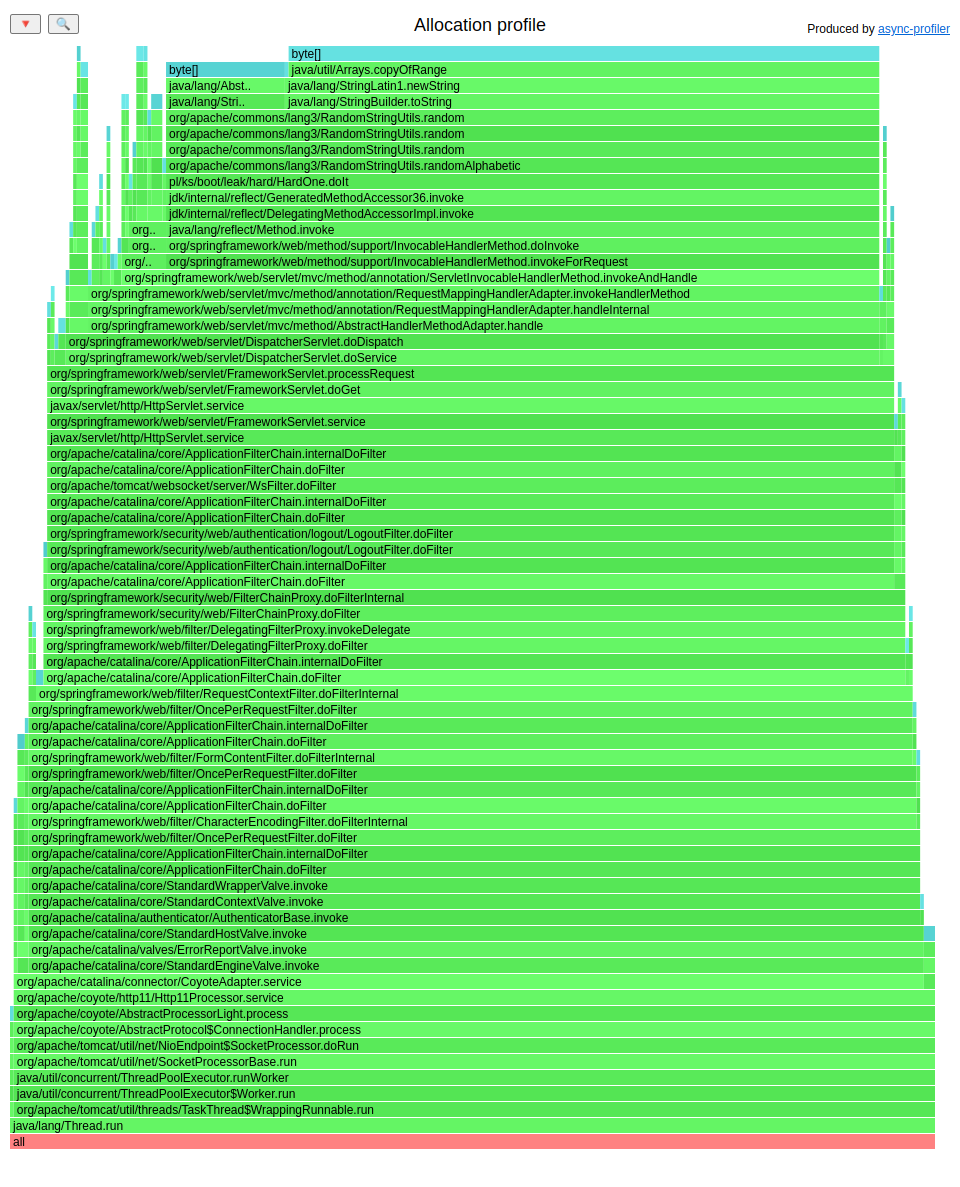 We can see that the profile looks different, but we can also see allocations other than our memory leak. This is done because GC hasn’t freed them yet. Let’s run a GC before capturing the results this time: 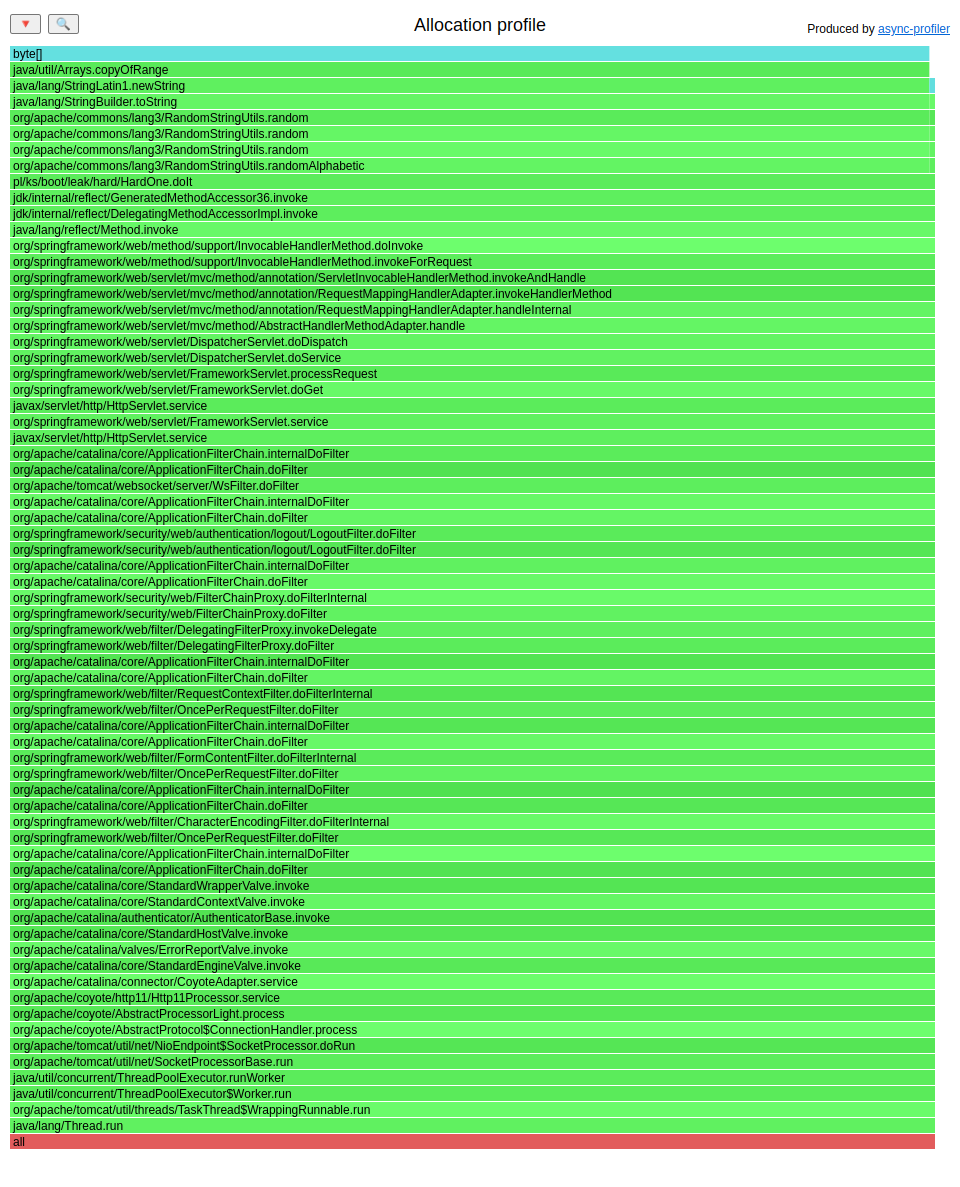 Perfect. Ladies and gentlemen, we have the first profiler that can help us detect heap memory leaks in our production environment (at your own risk, of course). Thank you, Andrei Pangin.