[Java][JVM Logs] Monday with JVM logs - Classloader logs, can attaching the JFR (and other profilers) cause the outage?

If you enable class log at info level (-Xlog:class+unload,class+load) you can find such an entries:

For loading class we can find the class name, and the source of a loaded definition. The source can be a jar file, or it can be __JVM_DefineClass__ if the class is created at runtime. You can also find the __VM_RedefineClasses__ source, which is a class redefinition, usually made by a profiler through JVMTI.

Let’s start the JFR with JMC: 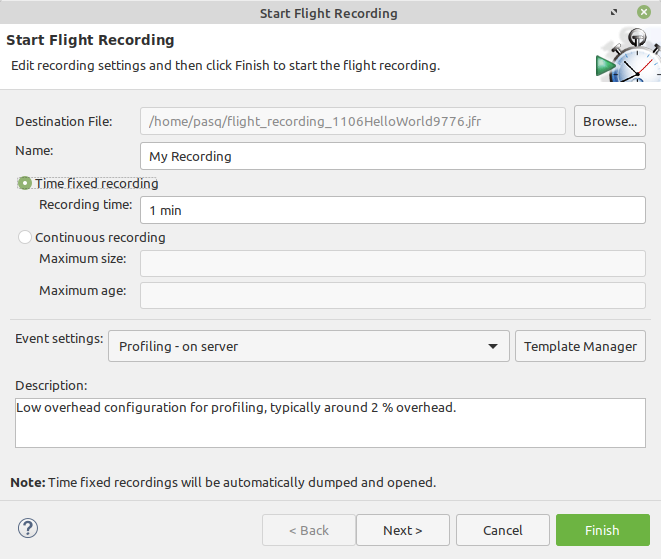 The first thing I want you to see is the JIT compilation count. 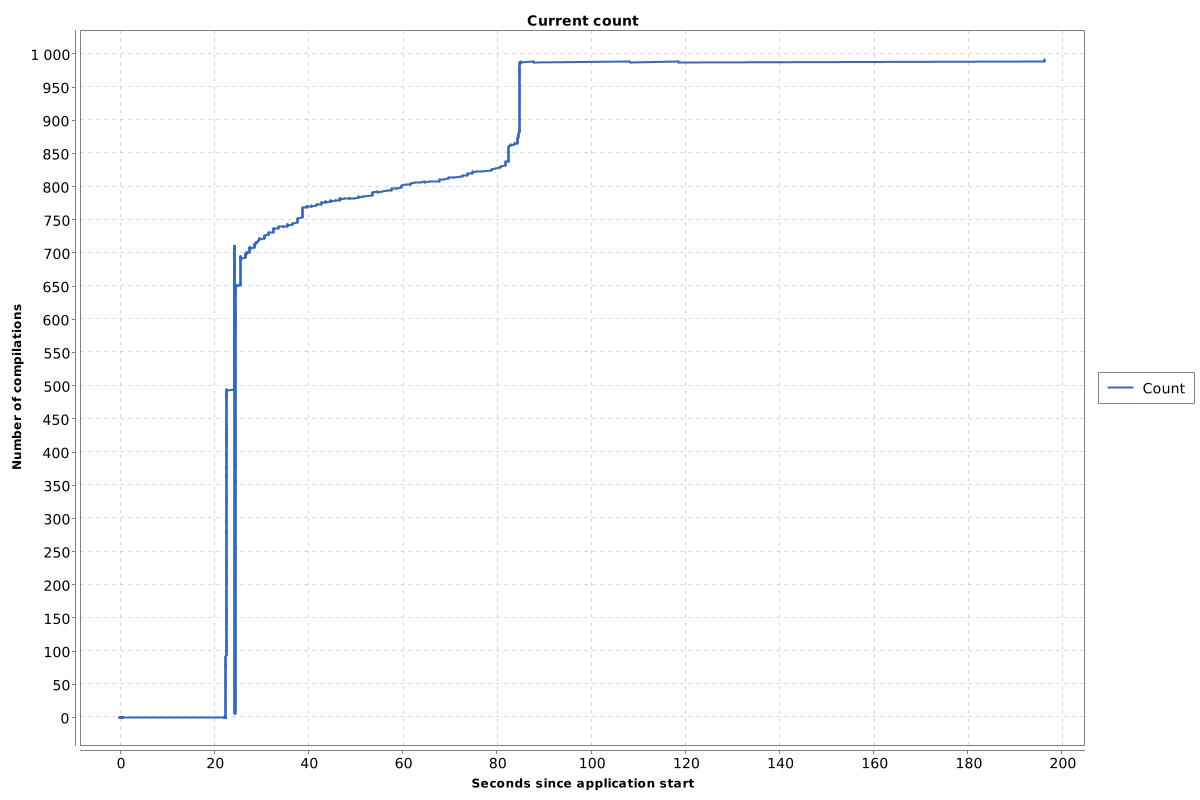 You can see that after I run the JFR the compilation count dropped to 0. Let’s look at the logs to find out why could that happen:

From that log we can read that everything started with a class redefinition. The JFR instruments Throwable and Error classes. That redefinition started the stop the world phase RedefineClasses in which all the compilations were removed.

To understand why the JVM does that we need to look at its sources: jvmtiRedefineClasses.cpp:

If it is the first redefinition, and the recording of dependencies was not enabled at startup, then all the methods are marked as made not entrant. Here is a quote from a very nice comment in the JVM sources:

Deoptimize all compiled code that depends on this class.

If the can_redefine_classes capability is obtained in the onload phase then the compiler has recorded all dependencies from startup. In that case we need only deoptimize and throw away all compiled code that depends on the class.

If can_redefine_classes is obtained sometime after the onload phase then the dependency information may be incomplete. In that case the first call to RedefineClasses causes all compiled code to be thrown away. As can_redefine_classes has been obtained then all future compilations will record dependencies so second and subsequent calls to RedefineClasses need only throw away code that depends on the class.

It’s not only the JFR

This problem occurs in every profiler that:

Why can this cause the outage?

It is a simple snowball effect, here is an example of one scenario I have seen (REST service):

All that sudden CPU and memory consumption may cause the outage. The application may be killed by Kubernetes, may be removed from a cluster by load balancer and so on.