This article shows some JVM tuning using some JVM flags. It helped with application described below, but it doesn’t mean, that it will help in your application. You should never use any JVM flags without knowing what consequences they may produce.

Enables a technique for improving the performance of uncontended synchronization. An object is “biased” toward the thread which first acquires its monitor via a monitorenter bytecode or synchronized method invocation; subsequent monitor-related operations performed by that thread are relatively much faster on multiprocessor machines. Some applications with significant amounts of uncontended synchronization may attain significant speedups with this flag enabled; some applications with certain patterns of locking may see slowdowns, though attempts have been made to minimize the negative impact.

Currently flag -XX:+UseBiasedLocking is enabled by default in JDK 8-14, but it is disabled and deprecated in JDK 15 (JEP 374).

Why this optimization can hurt?

Besides the fact, that documentation mentions:

(…) some applications with certain patterns of locking may see slowdowns (…)

there is one more aspect to consider. Revoking biased lock is a safepoint operation, which means it needs a Stop-the-world phase to do its job. This phase stops every application thread, so this may hurt.

With unified logger we can trace safepoint operations with Xlog:safepoint, but also biased lock can be traced with Xlog:biasedlocking.

From that log we can understand what objects had biased lock, and how many STW phases were done just to revoke biased lock.

This can be nicely presented on pie chart. Following chart shows %count of safepoint operation type. 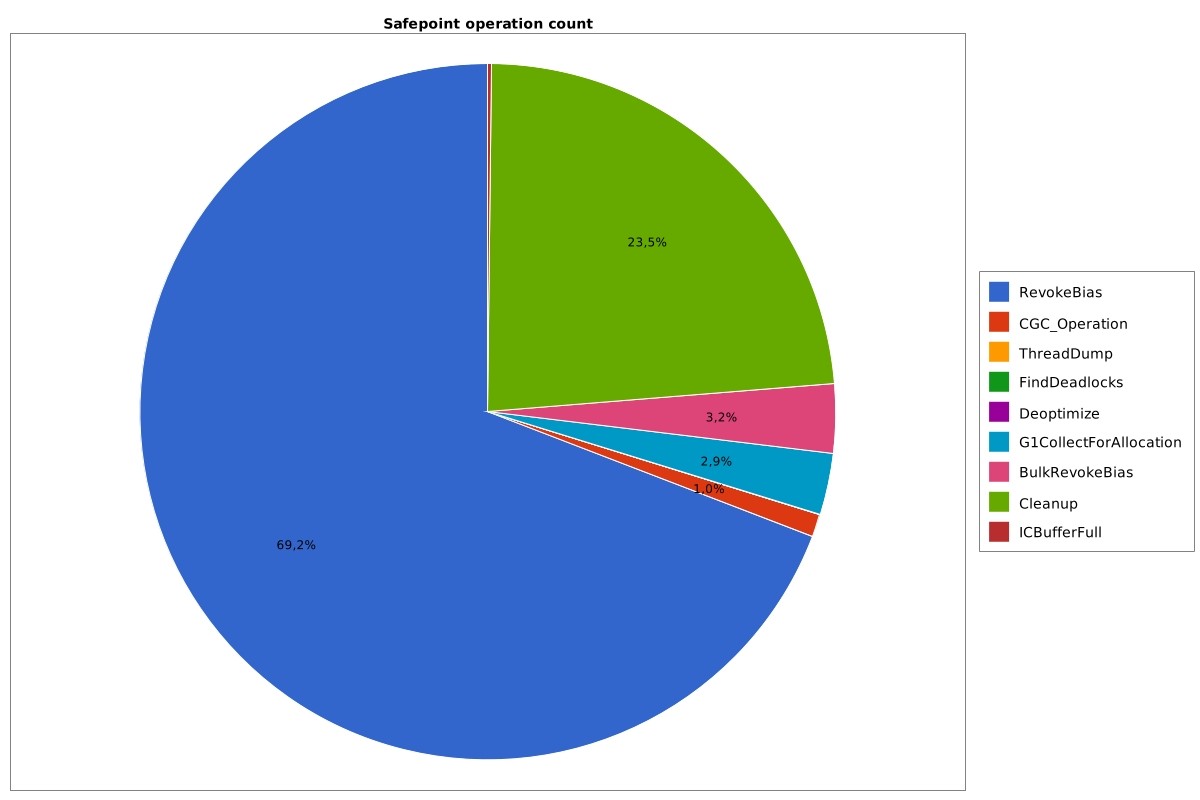 Usually %count is not what is really interesting, we need to look at time spent in those phases. Fortunately, from safepoints log we can also create pie chart that shows time wasted by each safepoint operation. 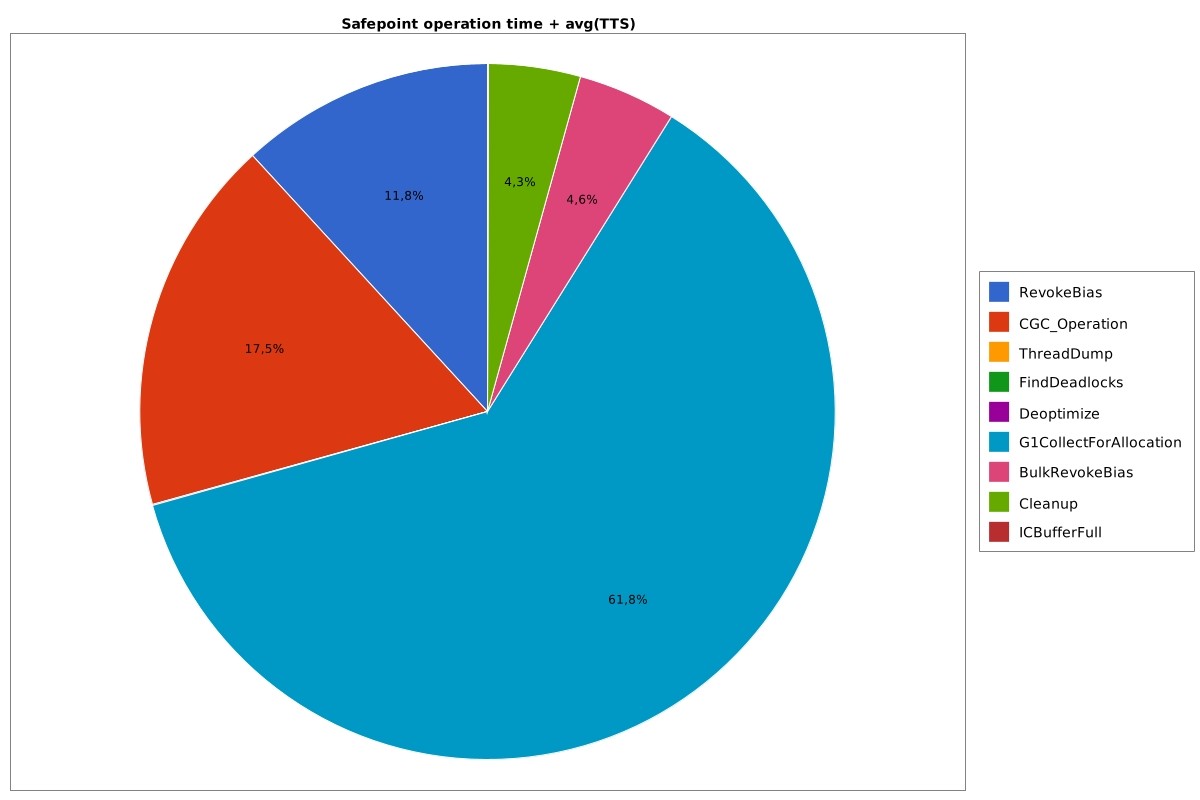 For those who prefer numbers we can also see this information in table: 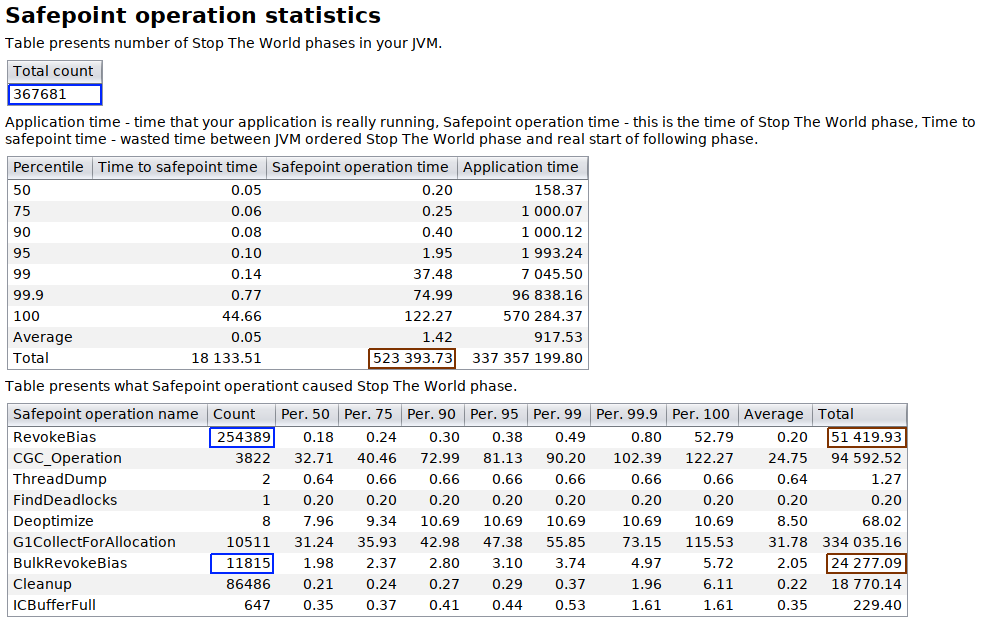 So in this application revoking biased lock needs:

substituting with numbers (in blue frames on table) we have :

72% of all STW phases. Time spent in those phases was:

substituting with numbers (in red frames on table) we have:

14% of all STW phases time (without time to safepoint).

What I excpect from application with biased lock disabled:

Data from peak usage from 1 day and 4 nodes: 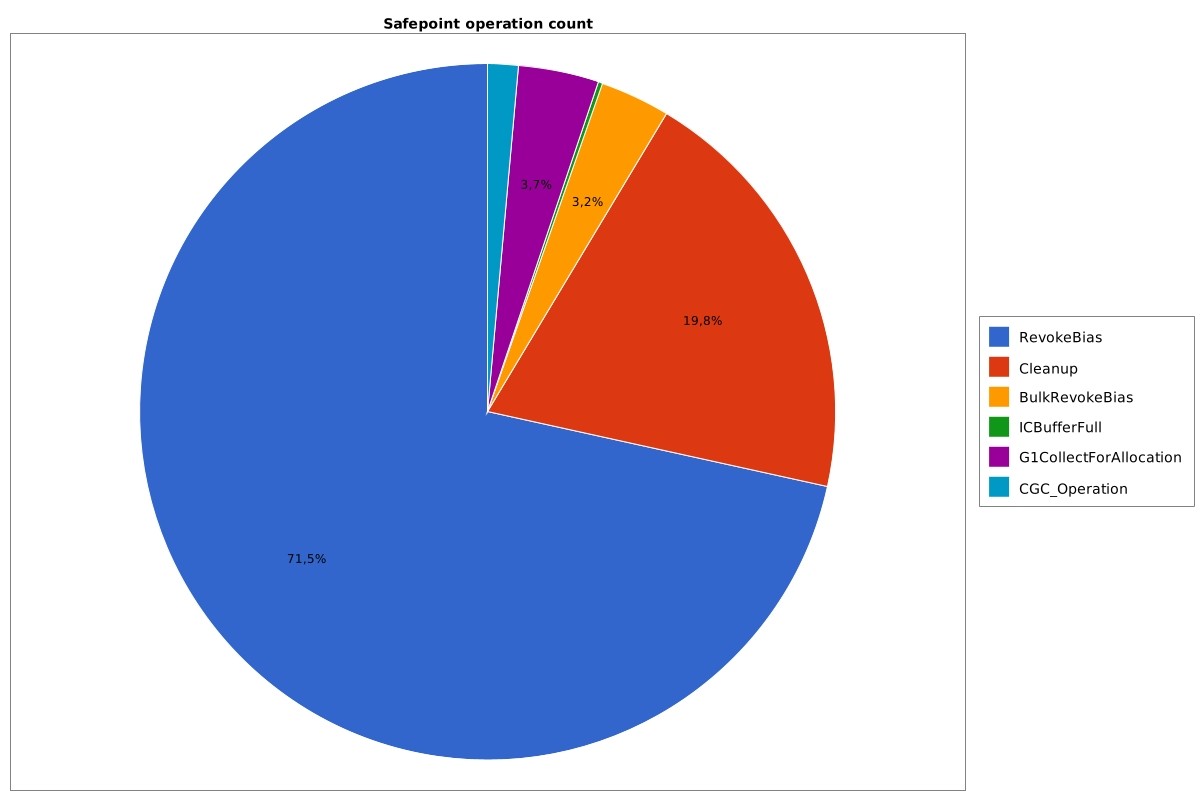 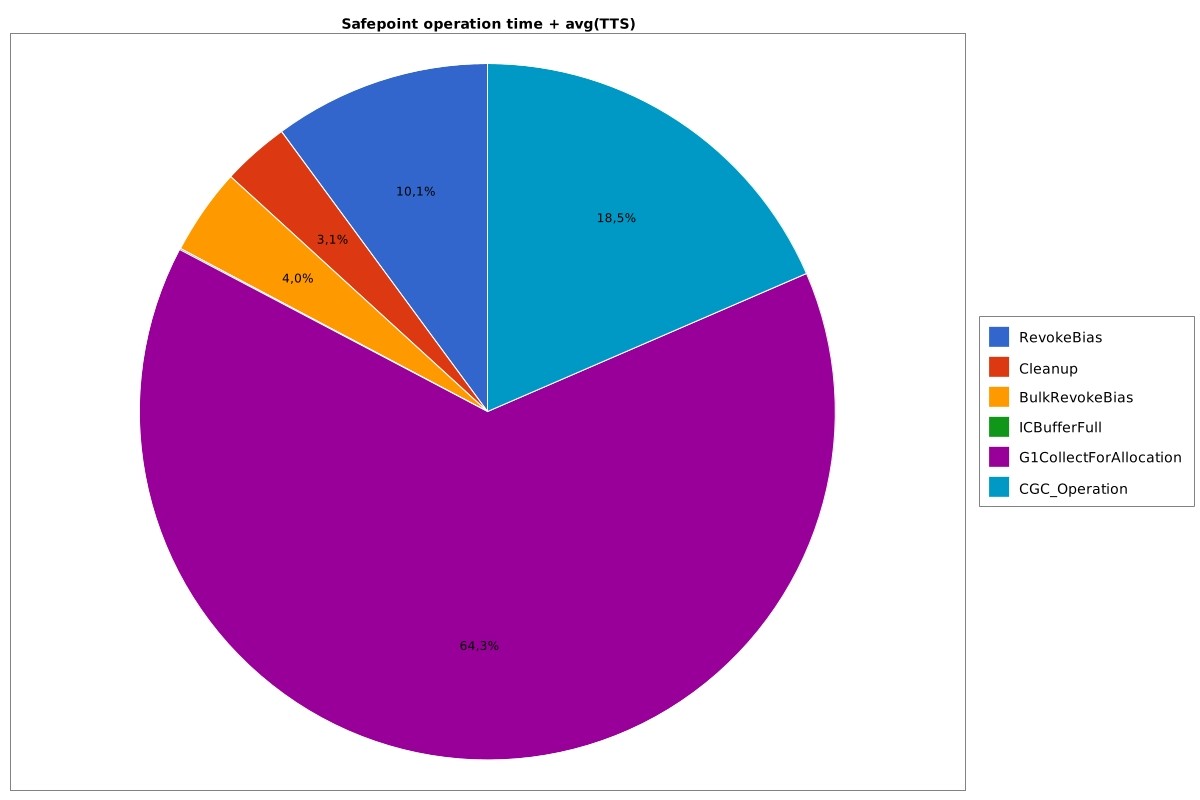 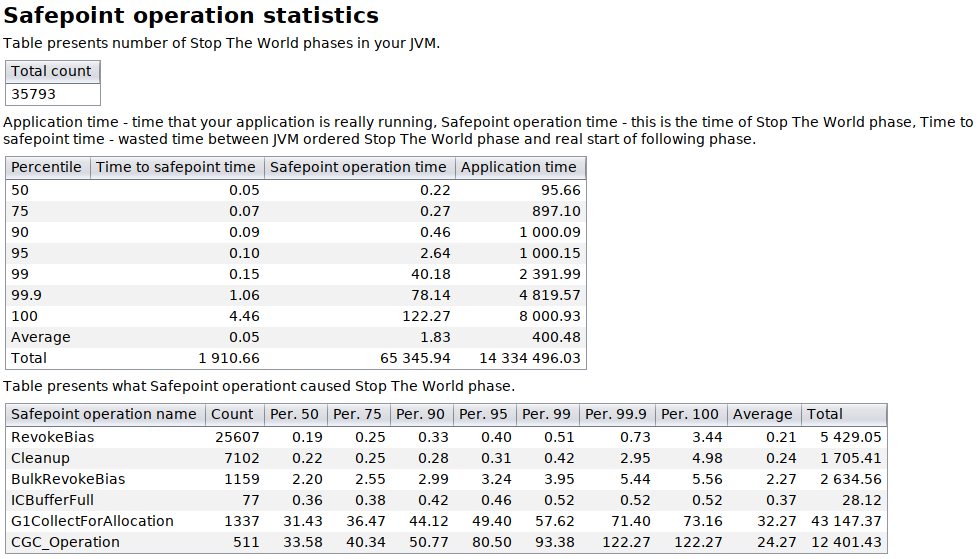 From user perspective: AVG time of processing requests in peak is ~410ms.

Tuning is done simply by disabling one option through JVM arguments:

Data from peak usage from 1 day and 4 nodes: 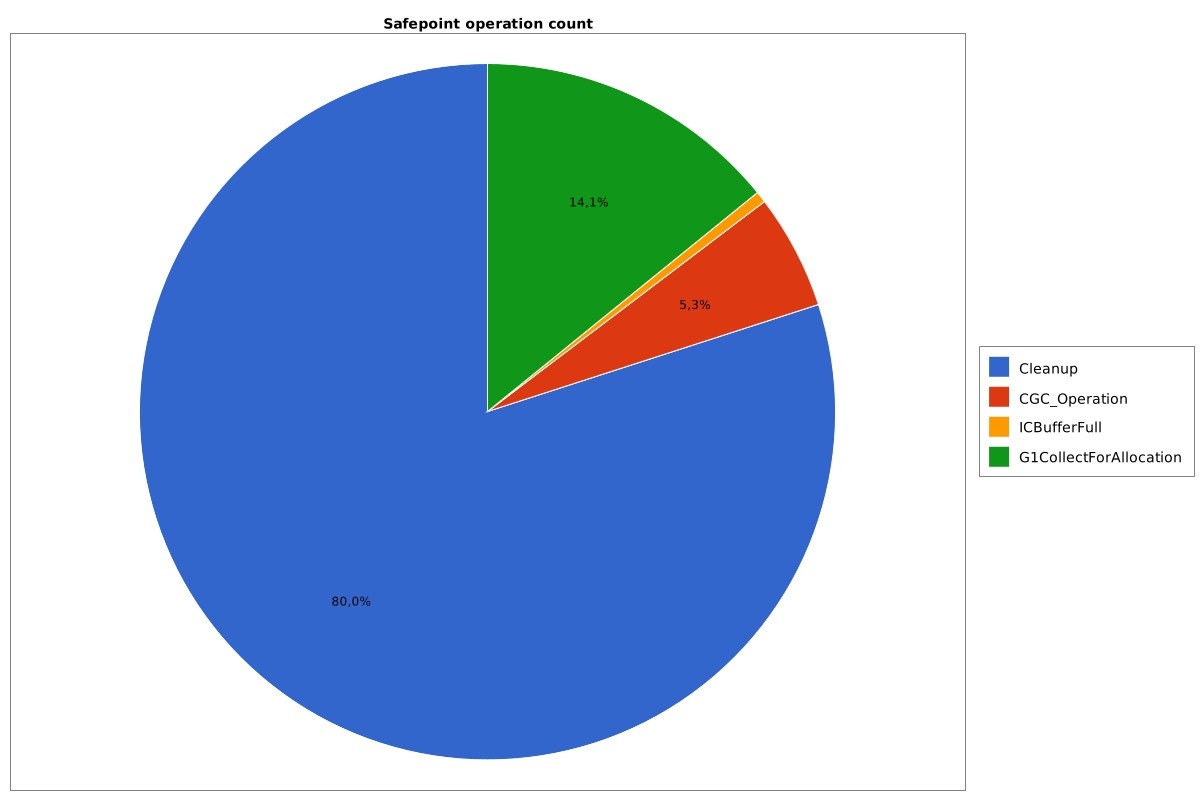 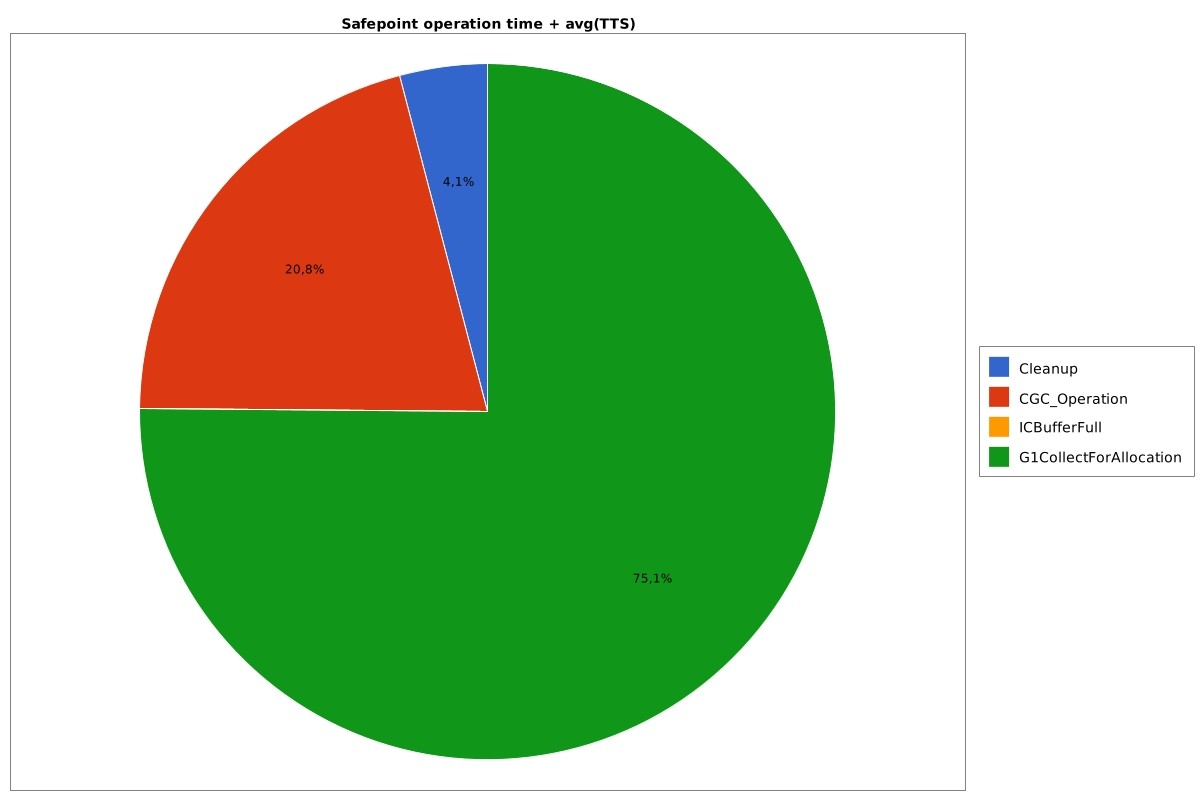 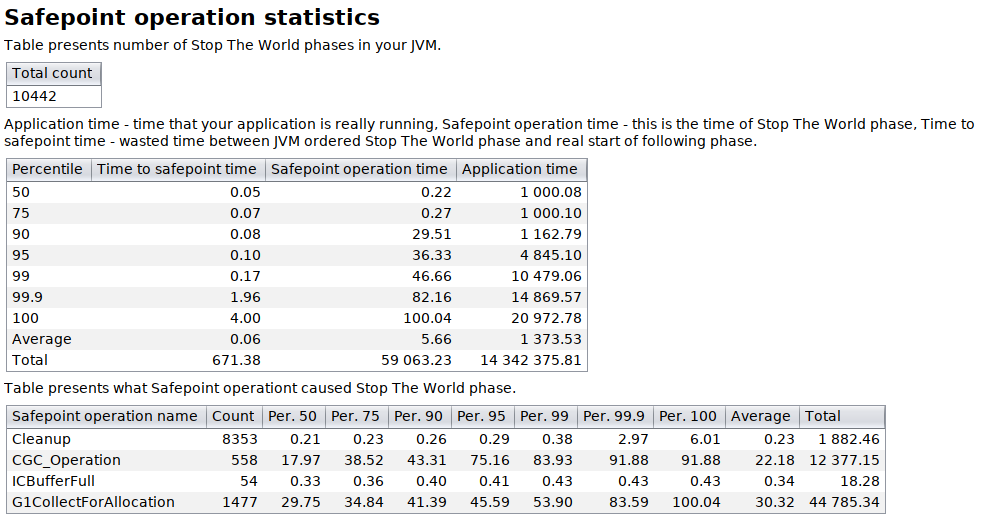 This is fifth application where I disabled biased lock on JVM 11. Four times it helped, one time it has degraded the performance.